Clips were originally used in scuba diving in the same way that they are used by climbers and cavers – to secure items to their harnesses. Dry cavers mainly used carabiner clips that were strong enough to hold their body weight against the gravitational pull, since they are often supporting their weight whilst climbing and abseiling on rock formations. Scuba divers, however, don’t have the same degree of gravity whilst underwater, which causes the additional struggle of movement in an unpredictable three dimensional space, and they often have to perform tasks blind, since their vision is sometimes restricted. Sidemount and technical divers use a wing and harness configuration that has metal d-rings for clipping off various pieces of dive equipment, which are most commonly the long-hose second stage regulator, the SPG and the staged cylinders, and for these purposes, there are several types of clips that are most utilised. This system has eventually evolved to cater for all types of divers, and you may even use the same clips to attach your delayed SMB to your finger spool or your GoPro to your jacket BCD.

There are several types of boltsnap clips that are each designed for specific uses:

Boltsnaps have at least one side with a hook (to attach) and a spring-loaded gate that locks closed and can usually be opened with the force from a single thumb or finger. Most single ended diving clips have a swivel mechanism that allows for smooth positioning and movement, and they are mainly used instead of double ended clips for fixed attachments. It is always recommended to use steel clips that are specifically made for scuba diving, as they are most reliable and will last longer.

The way you clip and unclip boltsnaps is often called the clipping technique. Generally this would involve the hand, thumb and finger positioning, the orientation of the clip, and even whether you use one or two hands to clip-off a piece of equipment. Single ended large boltsnaps, for example, are designed so that the diver can place a finger (or two) in the “eye” to get a more secure grip, specifically when clipping blind, for example: attaching a staged cylinder to the hip d-ring.

Most technical and sidemount divers pay particular attention to the direction their clips are facing, and a common rule is to face all or most boltsnap gates away from the body. Many divers, including myself, use the direction of the gate to differentiate and identify them by touch, depending on what clips are attached to what piece of equipment, but most commonly gates are facing outwards on primary equipment, and inwards on secondary equipment.

Also relevant is the order in which they are clipped-off – I like to keep my long-hose second stage clipped on my far right, so that I can always easily find it without having to look first.

Why else does boltsnap orientation matter?

It’s important in all types of scuba diving, but especially technical diving, to have a system of standardisation. This applies to many aspects of the dive planning, skills, emergency procedures, and pre-dive checks; however it’s also relevant to the equipment itself. Most dive agencies will have very specific lists of essential equipment items, and most technical diving courses will teach you how to standardise your equipment so that not only you are using what you need, but also so that there is consistency in the way you wear and use your equipment. Clips are no different, and having a fixed clipping technique and set system for how you utilise your clips will help you be better prepared for every situation.

To learn more about clips and how to use them, contact me to book a Sidemount Diver or Intro to Tech course. 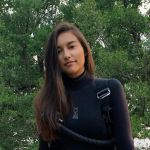